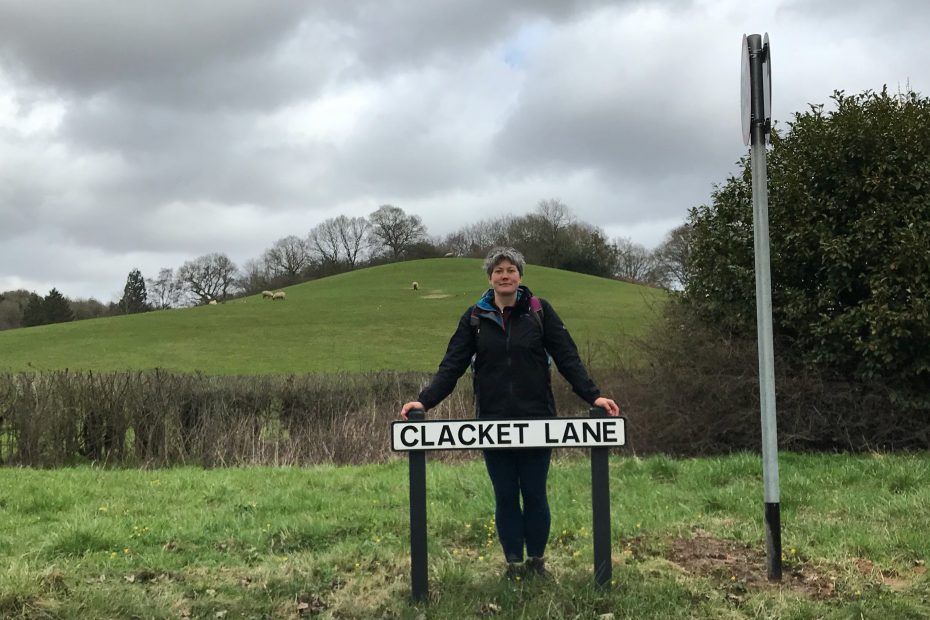 Toadflax, woundwort, goat’s-beard, viper’s bugloss: the names read like a 16th Century Herbal. But if you’re looking for our native wildflowers you might struggle to find them in the countryside, where intensive methods can leave little habitat. Instead, turn your attention to the verges alongside Britain’s road network. There you will find these plants from a lost bucolic era, now thriving undisturbed on roundabouts, slip roads and in litter-strewn lay-bys.

It all started with a hike in March 2017 on which I discovered cowslips thriving alongside a bleak stretch of A24 dual carriageway in the South Downs National Park.

This was in direct contrast to some of the vast fields, devoid of wildlife, which I had just hiked through. I started looking at road verges wherever I went and the more I looked, the more I saw. Many plants which I had never seen in ‘the wild’ were out there growing in litter-strewn laybys, service stations and unloved scraps of land with names such as Black Down Roundabout, Dunmow South Interchange and Kippings Cross.

Now whenever I’m driving somewhere I keep an eye out for wild plants; unsubtly sneaking frequent photography stops into my children’s holidays. I have grown almost fond of the A21 (my ‘local’) and I have also found some wonderful wild sites at motorway services on the M25 and M4 – yes really! 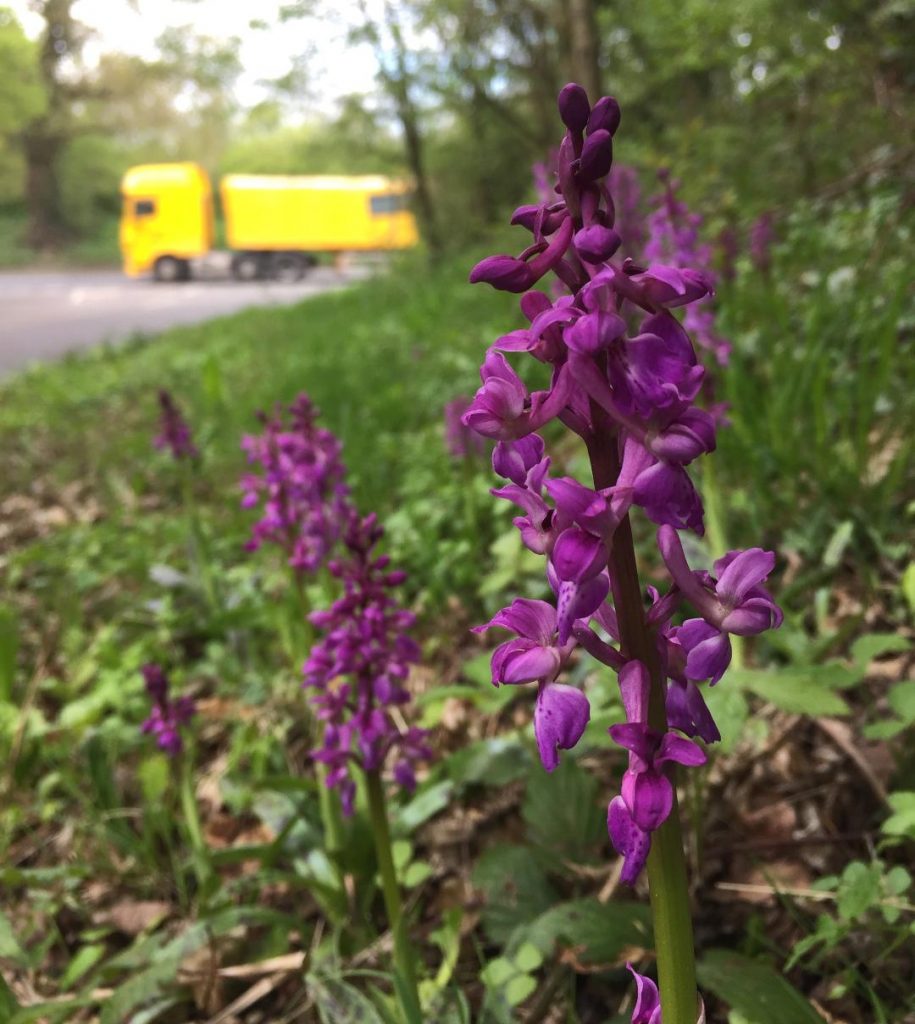 I initially began to paint on road signs because I was painting on metal already and it was a logical next step. I enjoy transforming existing objects rather than creating new ones. As the litter picker for my village I found signs dumped in hedgerows or abandoned on common ground.  They have found a second career in the fine arts.  At first I saw them simply as metal but after a while the text on the signs began to become part of the art as well. The instructions we unquestioningly obey when encountered on the road are transformed when removed from that context.

Reduce Speed Now is one of the latest works in the road verge series. It is a painting of a little verge in the car park behind One-Stop, in the middle of the village of Wadhurst, East Sussex. This had always been regularly cut by the council until the lockdown of spring 2020 when the strimmers remained locked in their sheds. The result was a miraculous mass of blooms plus associated bugs, bees and butterflies. 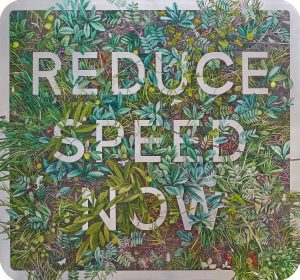